To revive the U.S. semiconductor industry, local industry executives see a need for a balanced investment in the entire electronics industry ecosystem, including assembly, test and printed circuit boards (PCBs).

While the U.S. legislature is preparing to pass a package of incentives totaling $52 billion to help support the homegrown semiconductor industry, there are fears that most of the money will go to chip makers that are already making money and don't need assistance The PCB industry has been ignored instead.

PCB industry can not be ignored
"There needs to be a balanced development," Dan Weber, executive vice president of U.S. PCB manufacturer TTM Technologies, said in an interview with EE Times: "In 2000, 26% of the world's PCBs were made in the United States, and now only 4% are left; There were 2,000 PCB manufacturers in the U.S. back in 2000, and now you're looking at 150. So, it's unbalanced."

Travis Kelly, CEO of Isola Group, a supplier of laminates and other materials needed for PCB manufacturing, said the U.S. would need a robust supply chain during a pandemic or an event like the ongoing war in Ukraine. Producing vehicles, medicines, 5G equipment and other essentials. Kelly also currently serves as the president of the Printed Circuit Board Association of America.

"If we can't provide night vision goggles for the Navy SEALs, or PCBs for the F-35 Joint Strike Fighter, that's a serious problem," Kelly told EE Times. It's even more relevant when Americans are put in the hospital and they hear, 'We can't put you on a ventilator.' We have to make sure that one country can supply all of its people with something vital."

The global PCB industry's revenue in 2021 is about $60 billion, including an ecosystem of suppliers, but some of them have almost disappeared from the United States. According to Kelly, there is currently only one yarn supplier left in the U.S. that makes fiberglass yarn for PCBs; "they have to ship at least 90 percent of the yarn overseas to Asia for spinning."

In addition, Kelly also pointed out that the only supplier of copper foil used to make the internal circuits of the PCB is Denkai America in the United States; "For me, this is not a resilient supply chain."

And rebuilding the supply chain requires more than just an increase in material sources. The U.S. is also under-educated in terms of skilled manpower. "We don't have enough people to make the product," Weber said.

Industry executives are looking to the U.S. government for a holistic solution; Kelly pointed out: “This is an investment in education, as well as an investment in the private sector, which is creating a sustainable demand signal.”

He further explained, "Take defense applications as an example, a manufacturer may get an order that occupies a large amount of manufacturing capacity in 3 months, but will not see that demand signal in another year; because that may not be every missiles produced every month. But in order to build a sustainable industry, all factors have to be taken into account; it’s an investment, and it’s an incentive.”

Weber believes that relevant investment requires mutual cooperation between the government and the private sector; "We have seen such actions in the chip industry, and some of them are reserved for the industrial ecosystem, but in our opinion, it is not enough."

China's role
Weber also pointed out that China's PCB industry is the largest in the world, but it will not move overseas; "They will always be there, and the way the Chinese market develops allows them to stay there. They subsidize the market and are investing heavily. Electronics industry, especially circuit boards."

At the same time, shipping costs are skyrocketing. Kelly said that the cost of transporting a container of PCBs from Asia to the United States used to be about $2,500. Today, the cost has skyrocketed to $25,000.

Industry executives believe that without the assistance of the United States to stabilize the supply of PCBs, the US government's billion-dollar efforts to stimulate local chip manufacturing may have little effect. "People will say, 'Wait a minute...you're just spending $52 billion without correcting the root cause of the problem,'" Kelly noted.

Some industry insiders pointed out that U.S. government policymakers are just beginning to understand the complexity of the electronics industry ecosystem, and they put too much emphasis on the construction of semiconductor fabs.

decision makers
An electronics industry lobbyist, who requested anonymity, pointed out that the U.S. Department of Commerce (DOC) is the main decision-making unit on how to allocate incentive funds, but the DOC lacks expertise in the electronics industry. The Defense Department can also decide how to spend a small portion of the $52 billion in funding.

The Washington-based industry lobbyist said chipmakers such as Intel, Samsung and TSMC wanted U.S. incentive money as they were still evaluating U.S. and European production How high will the cost be. In order to support local manufacturing of chips, Europe itself has a set of related incentives.

"There is a sheer need to compete where those companies are going to have the most meaningful and rewarding incentives," the lobbyist said.

He noted that the U.S. draft semiconductor industry incentives would allocate about $2.5 billion in incentives to advanced packaging, a small portion of which could go to PCB manufacturers. He also said that the U.S. Senate and House of Representatives still need to coordinate their different versions of the stimulus proposal, which will not start until May this year at the earliest.

“Some party leaders in the U.S. Congress are reluctant to bring the discussion of the draft incentives to a formal session, arguing that it could slow the passage of the proposal or even put it in jeopardy;” the lobbyist noted: “On the other hand, if the The relevant discussions are brought to a formal meeting, and I am afraid that there should be more uncertainty about what should be added or removed in the measures. This is what is currently being debated or discussed in the U.S. Congress.”

Although the incentives have been fully supported by the two major parties of the Democratic Party and the Republican Party in the United States, this year's US midterm elections (EETT editorial: the re-election of most members of the US Congress and the House of Representatives, will be held in early November) may be Delay the passage of the bill until the end of 2022. “I think the current perception is that if you get past May, things start to get harder,” the lobbyist said. “We’re in an election year.”

(Reference to the original text: US Electronics Reshoring Plan Risks Missing the Boat, By Alan Patterson) 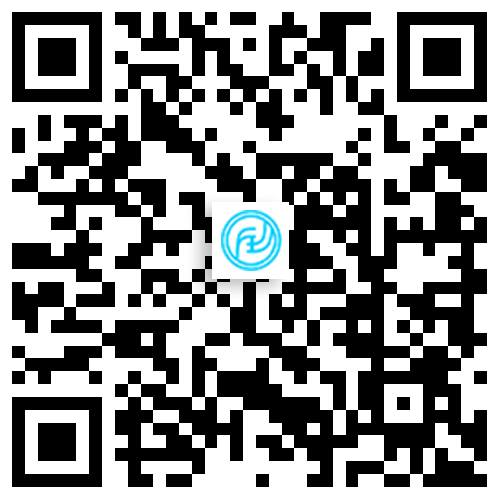